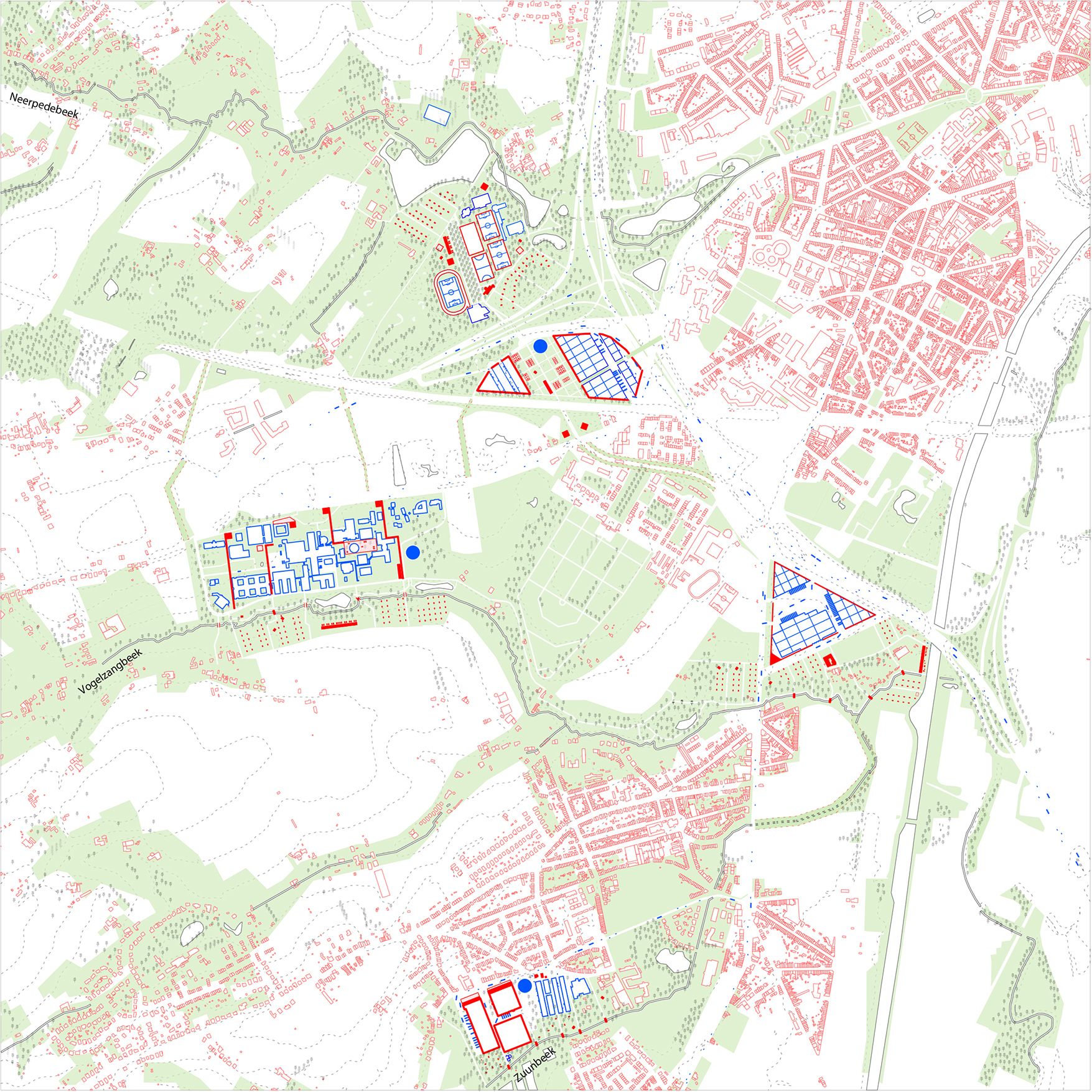 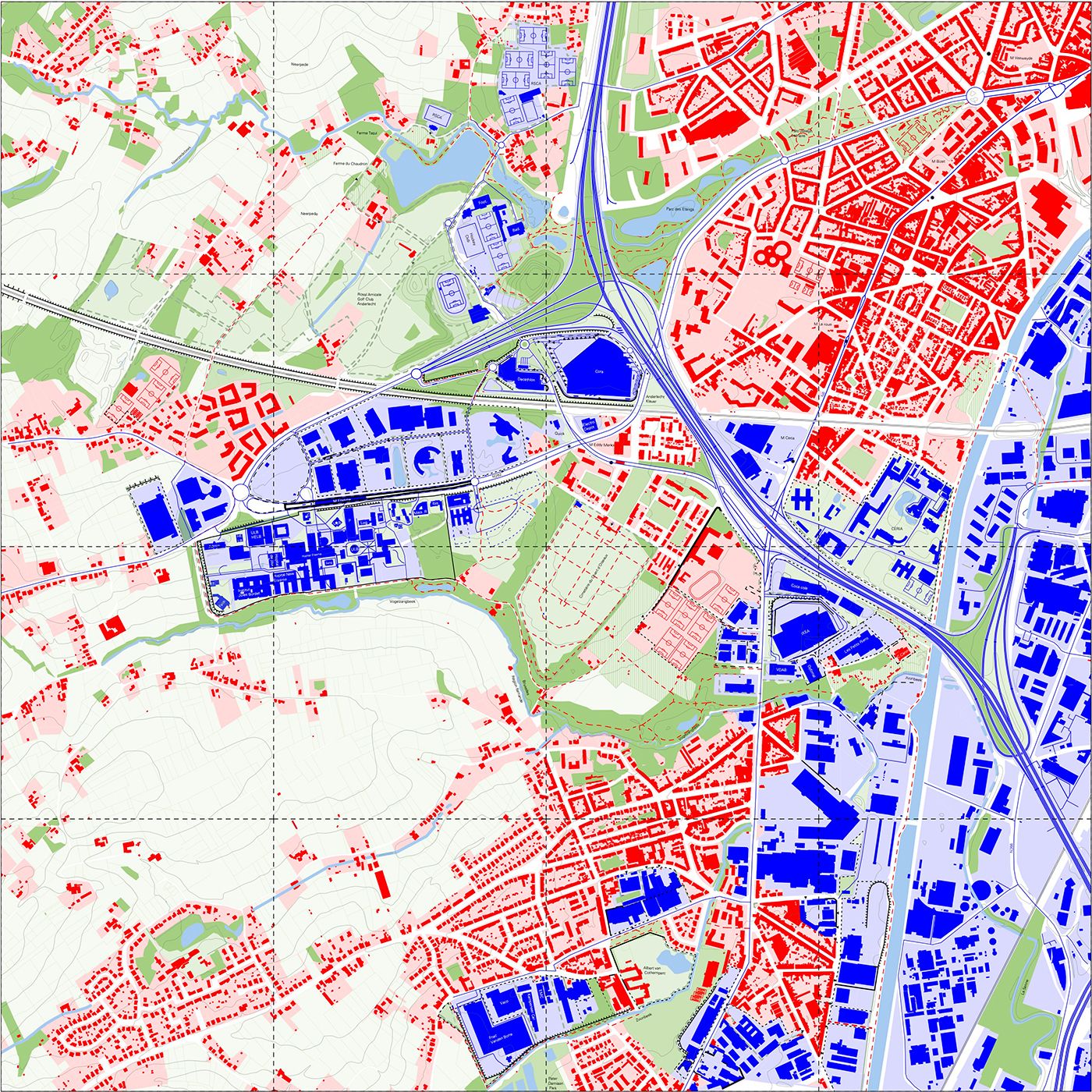 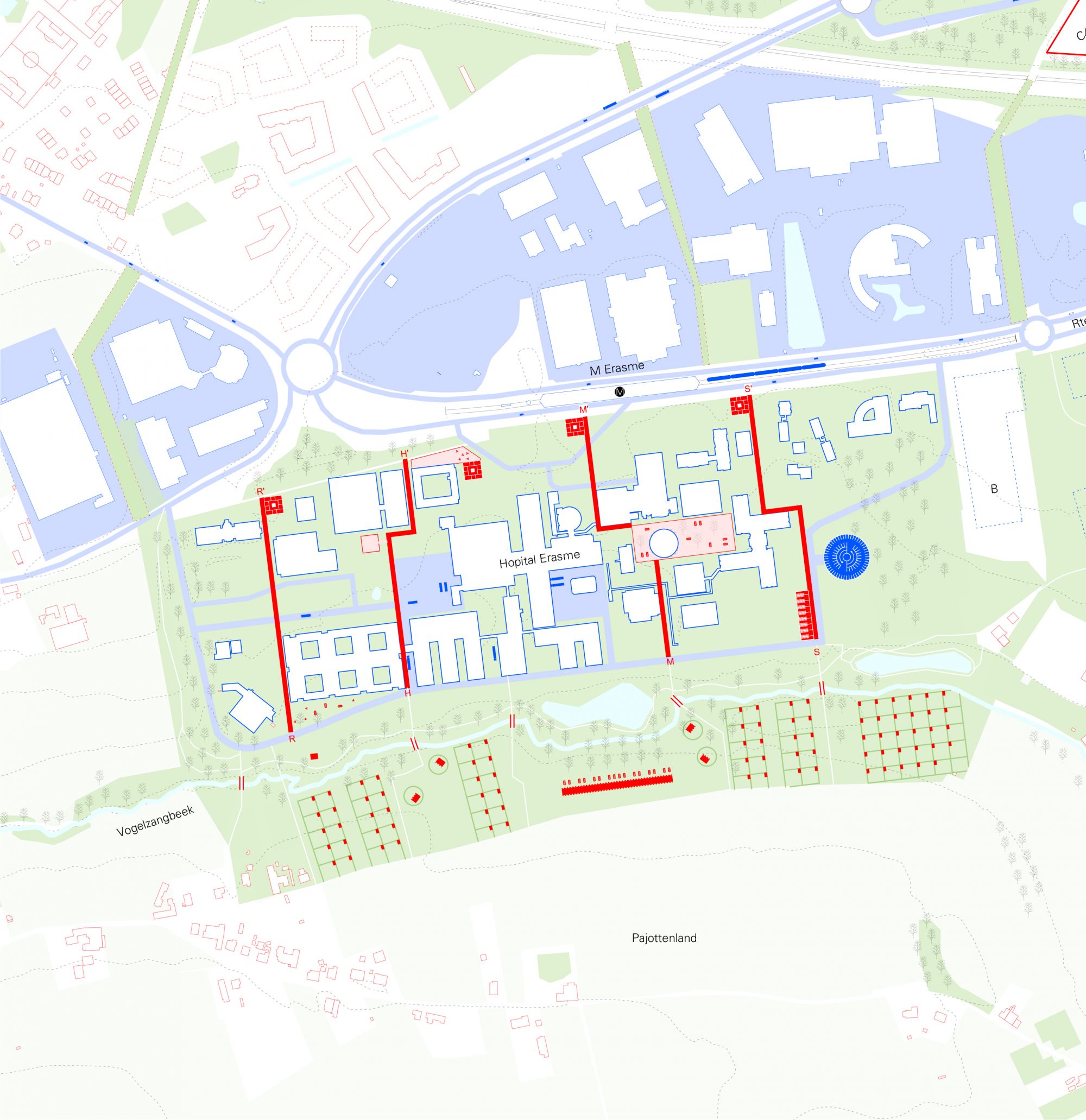 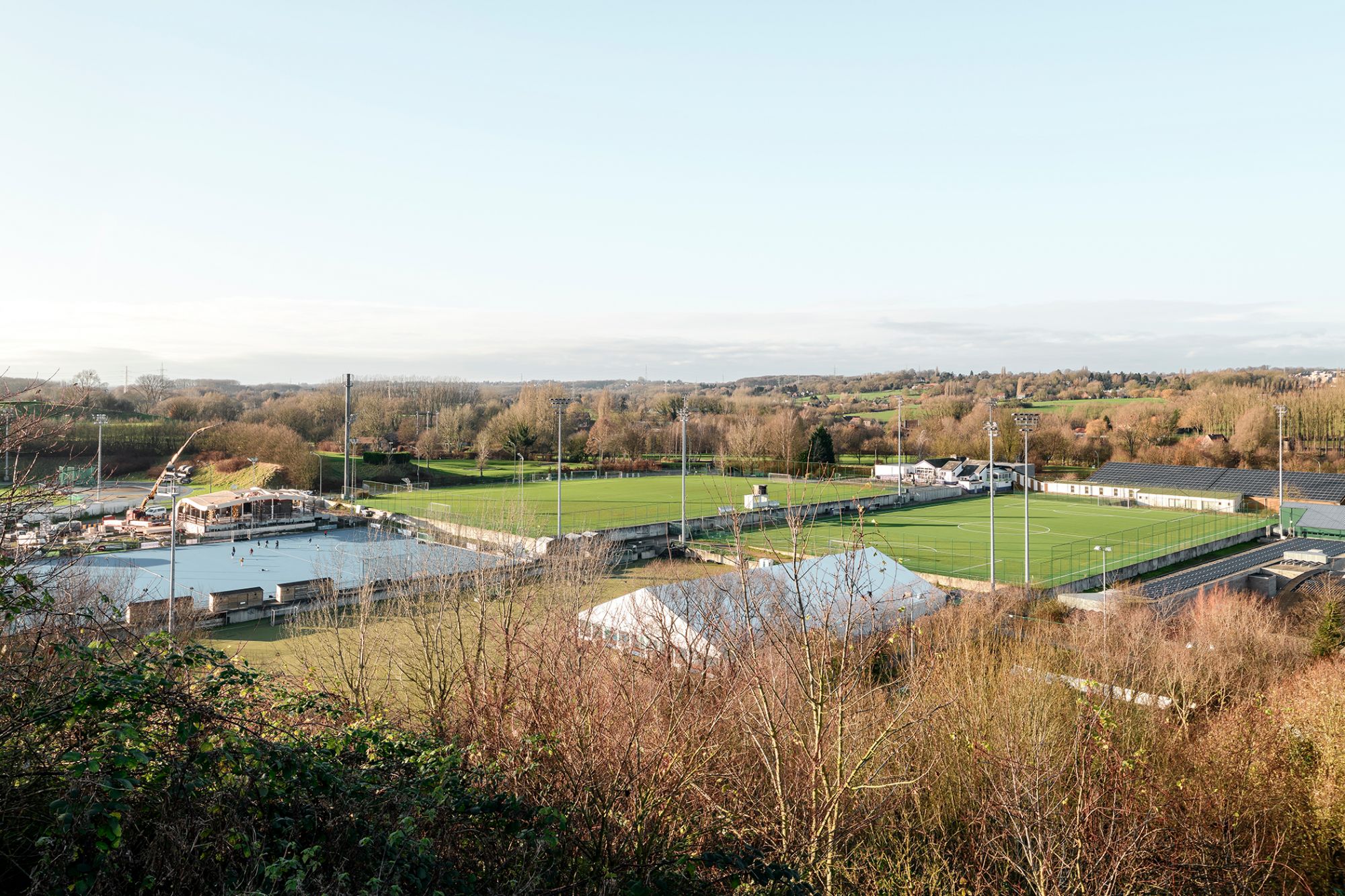 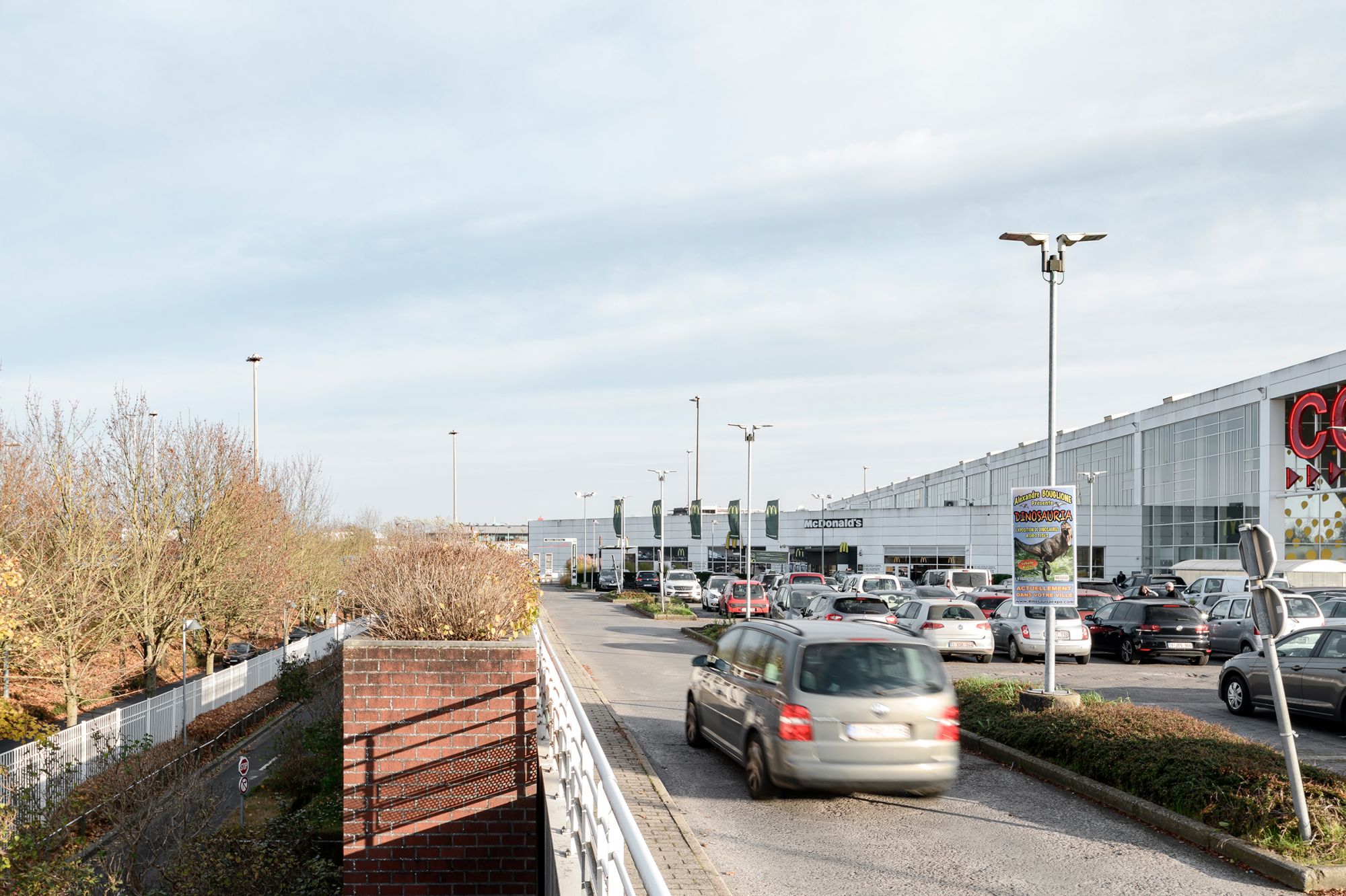 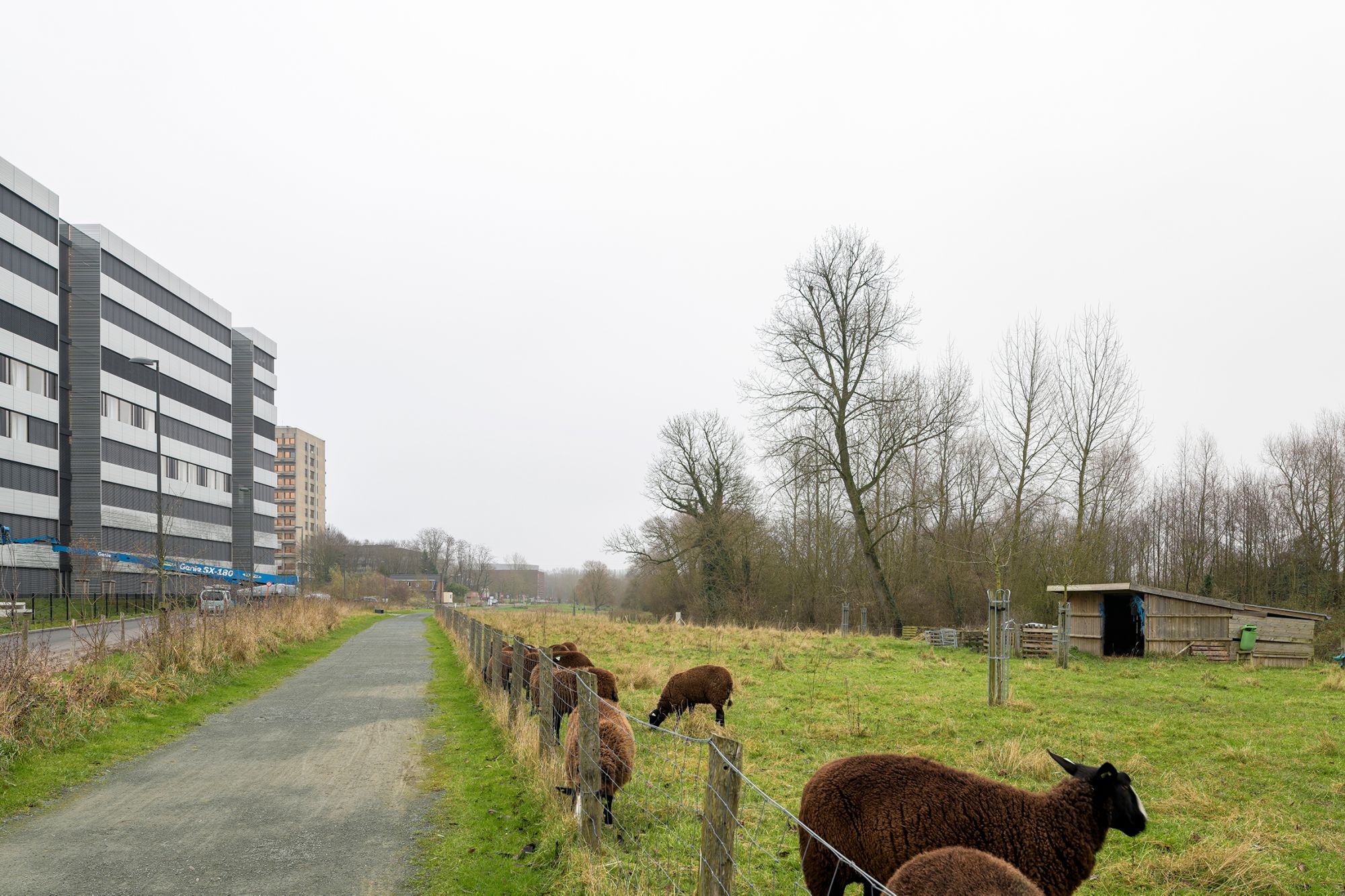 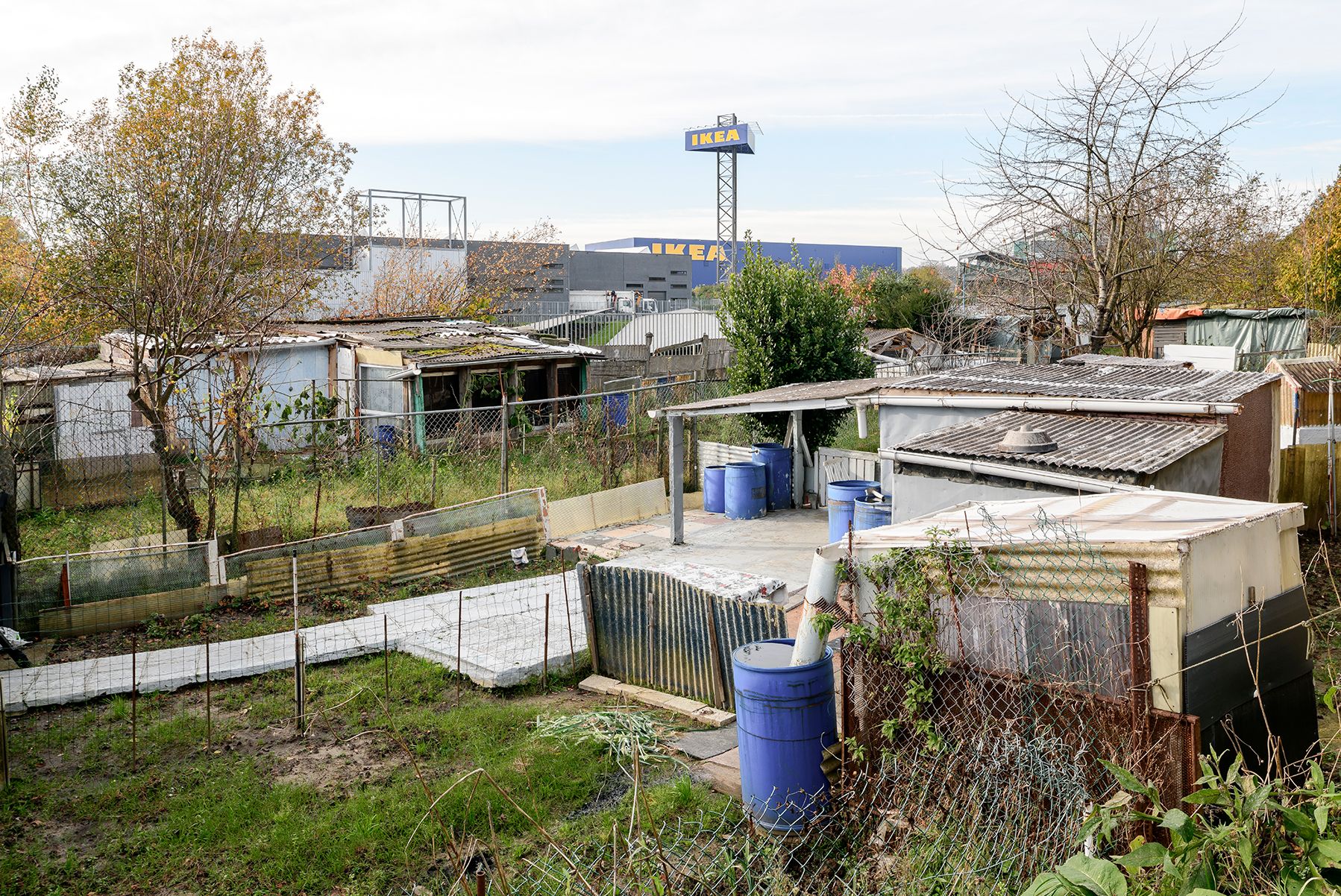 This study is focused on the 20th century outskirts ("20ème couronne"), an extensive territory both in and around Brussels that was urbanised during the 20th century. This strip of land surrounding the dense city is characterised by a heterogeneous built environment: large monofunctional complexes (campuses, shopping centres, etc.) and metropolitan infrastructures (ring roads, etc.) are intermingled with a finer, more local fabric, in some cases of an agricultural or historical nature. This substantial difference in the scales composing the territory is known as ''double granularity'' and is the focus of a collaborative research by the Brussels Region and the Flemish Region. To explore this theme, the study conducted by CityTools and GRAU focuses on the Erasme/Neerpede/Sint-Pieters-Leeuw area.

The mission comprises a research by design project on various pilot sites, with the overall aim of qualitatively transforming the 20th-century outskirts. The proposed scenarios seek to improve the articulation between the different scales of the territory, in particular through the development of proximities, the diversification of uses and a functional intensification. Beyond this spatial context, these proposals have also been generalised in a way that can be applied to the territory of the outskirts as a whole.

The approach consisted of an initial reflection on the larger entities (Erasmus campus, IKEA, logistics centres, etc.) since they constitute significant vectors for change. Nowadays, such entities have considerable physical and environmental impacts (flows of goods and traffic, large territorial footprints, impermeable soils, etc.). They therefore have a key role to play in the sustainable transformation of this vast territory.

Our proposals aim to open up these large entities to their surrounding environments. This involves the testing of spatial scenarios that allow them to be active and positive agents within their local context, while still preserving their original functions.