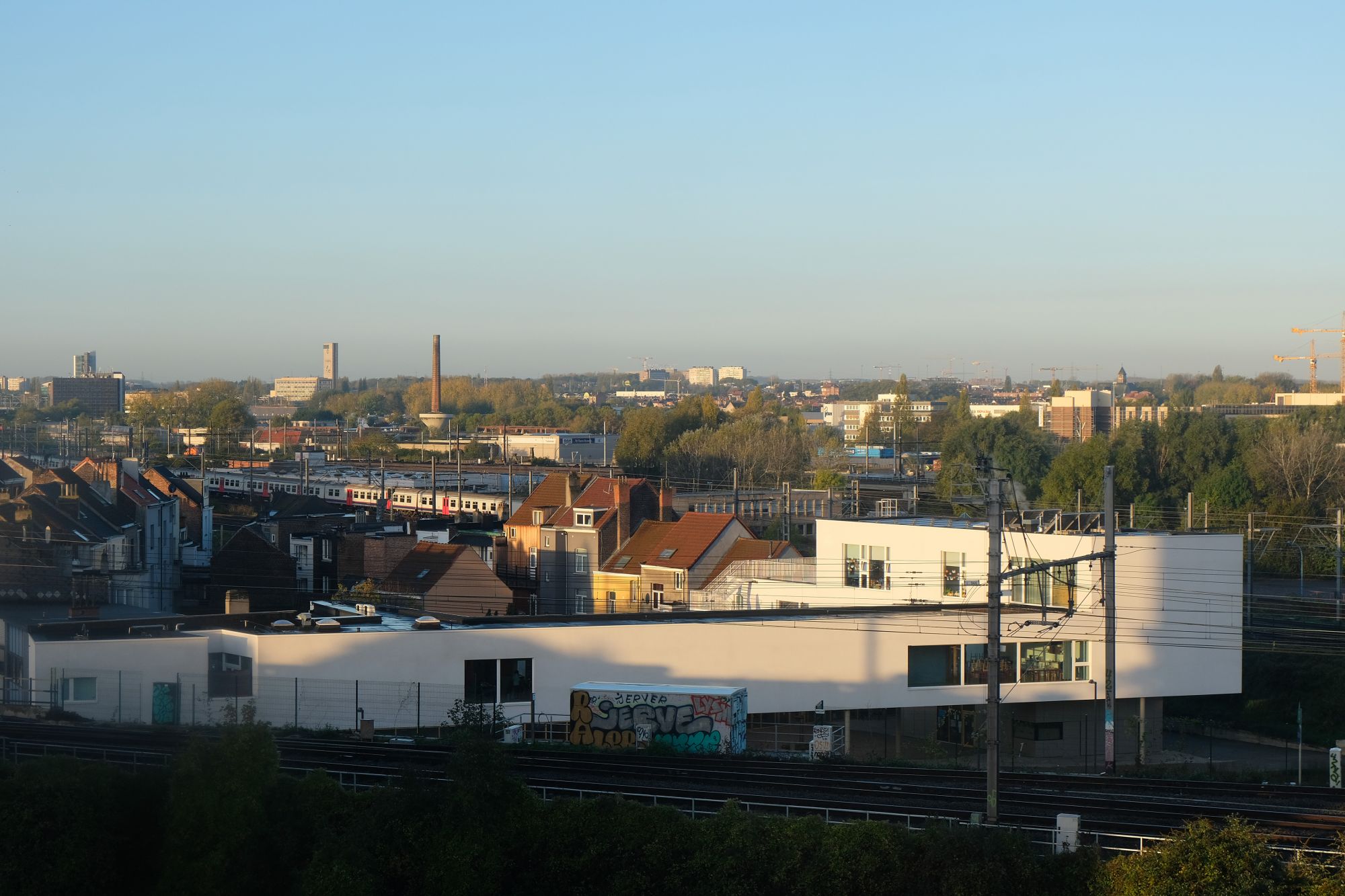 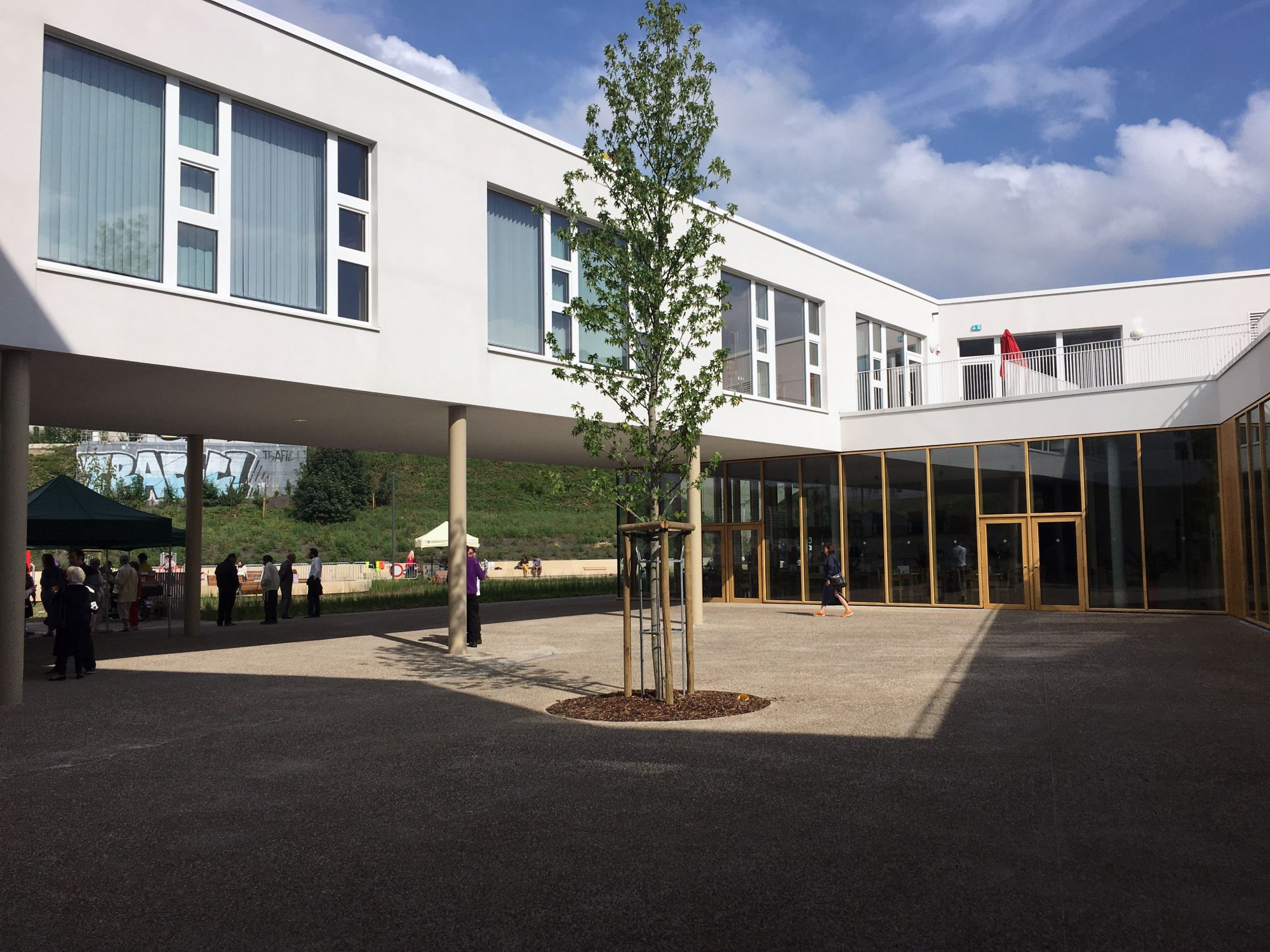 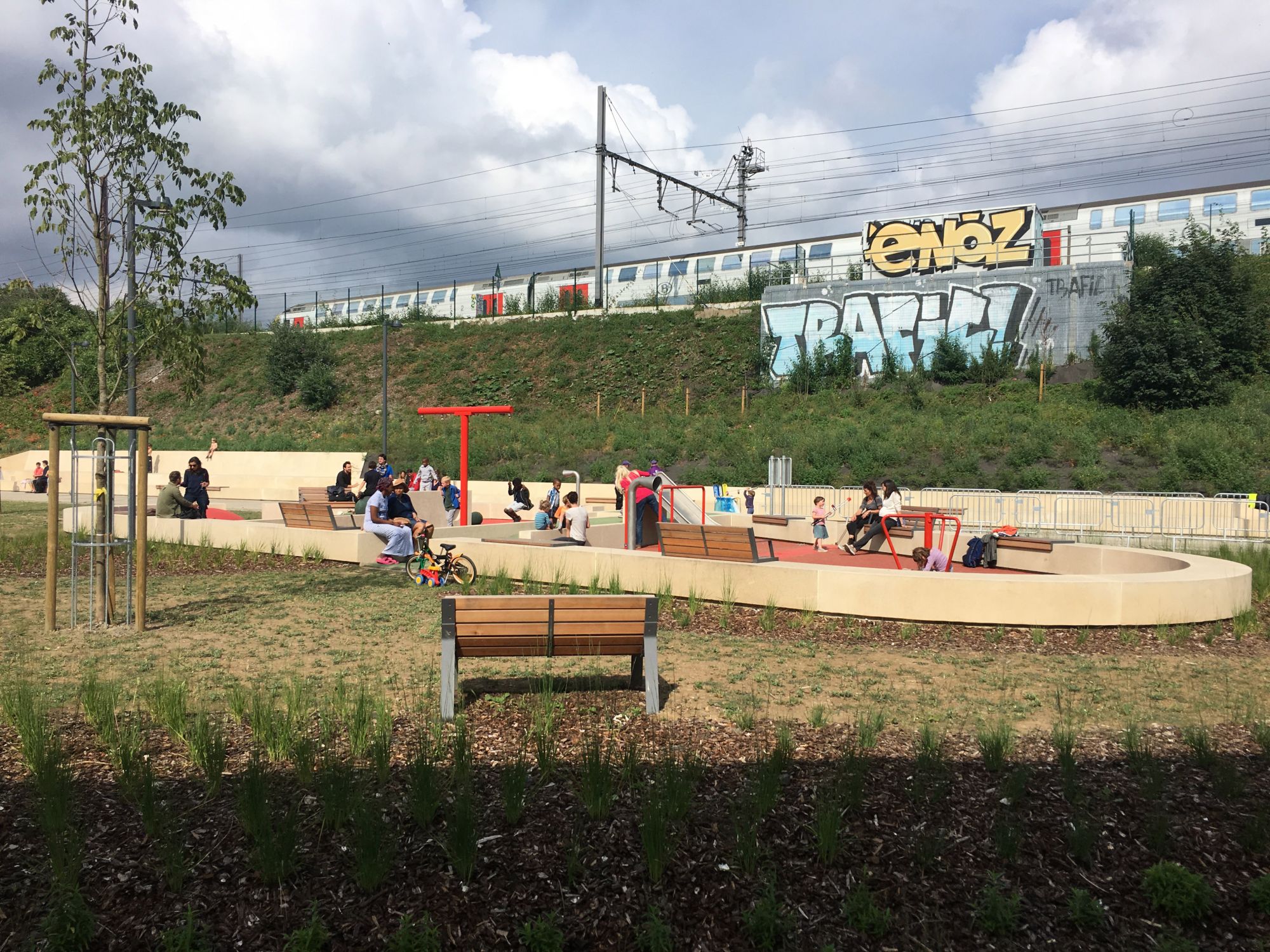 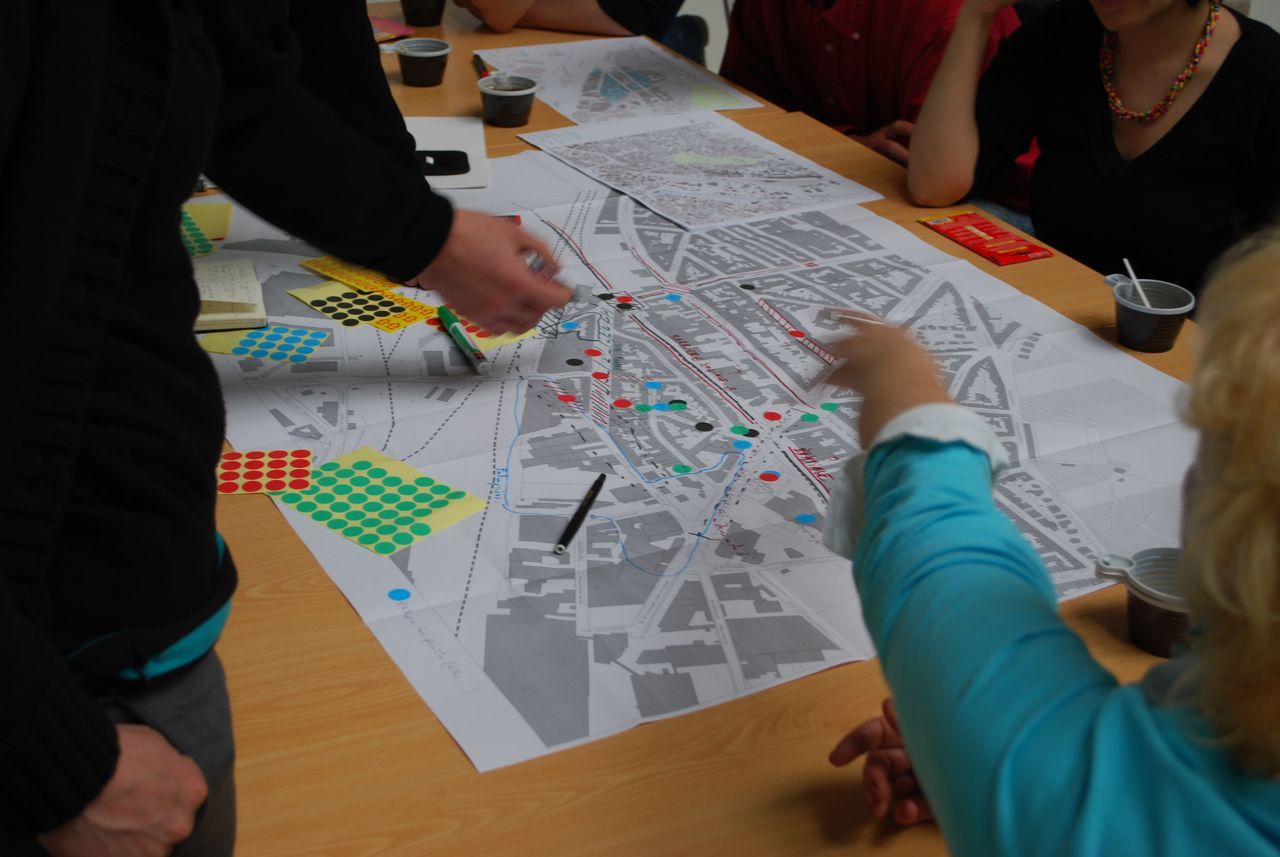 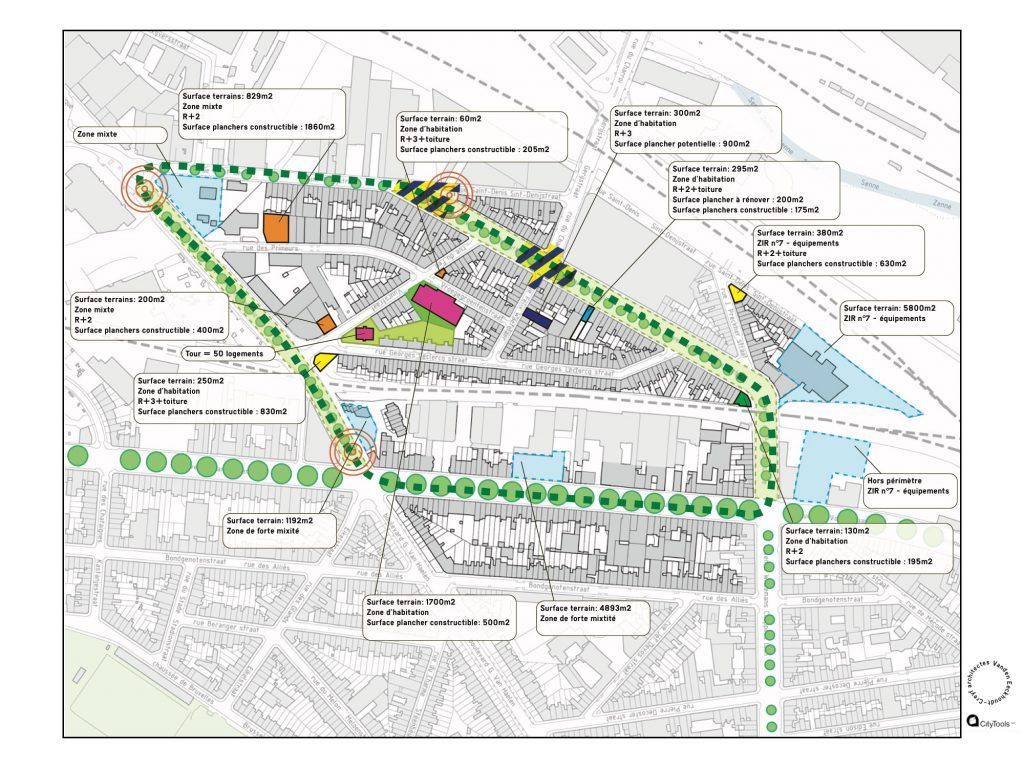 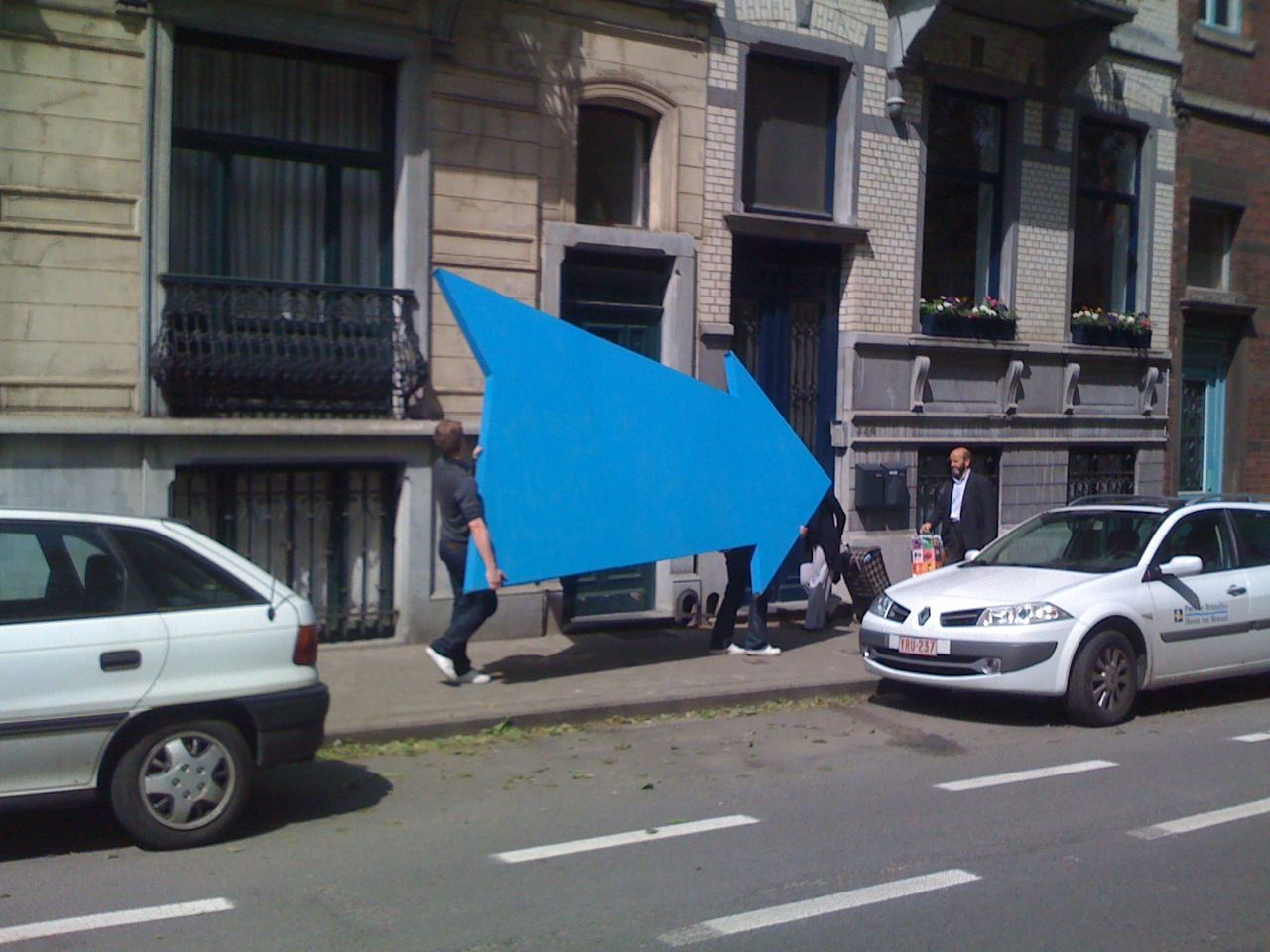 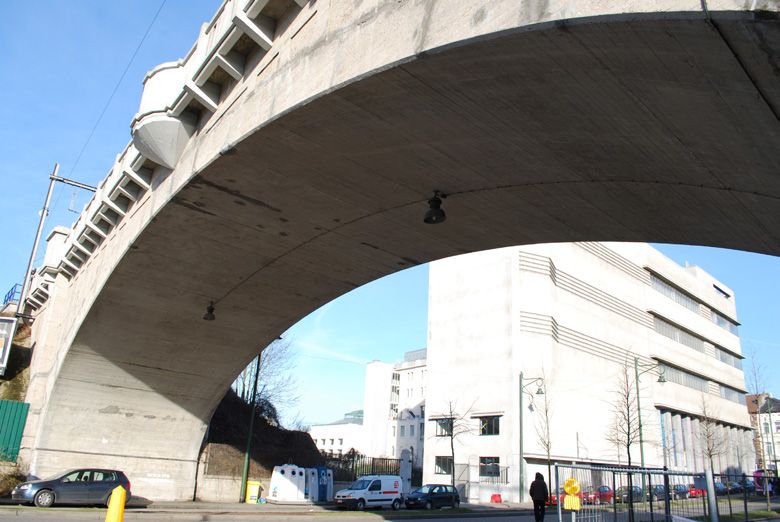 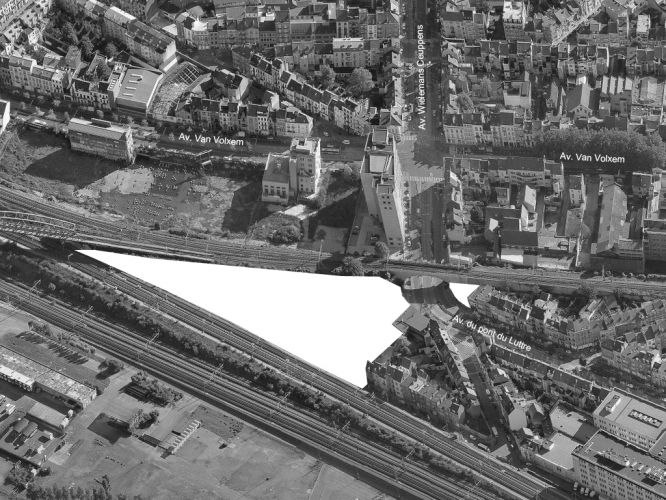 In 2009, the municipality of Forest obtained the possibility of developing a Neighbourhood Contract (Contrat de quartier CQ) programme intended to renovate a perimeter between the railroad tracks and Avenue Van Volxem up to Avenue du Pont de Luttre. This perimeter includes an industrial area, a residential area, the Wiels centre for contemporary art and highly structuring rail and road infrastructure.

Mission of producing the programme for the neighbourhood contract (CQ). The mission consisted in carrying out a social, urban and environmental diagnosis. The definition of an urban vision and the programme of operations (project sheets). Financial and operational arrangements. And finally the organisation and monitoring of the participatory process which made it possible to collectively build the programme.

We have developed an innovative approach to neighbourhood contracts. Instead of disseminating the means in the neighbourhood, we proposed to concentrate them in the reconversion of a large wasteland, hemmed in and located at the join between the residential district and the railway infrastructures. This strategy enabled the flagship project "Divercity", which includes a local park and an amenities centre.