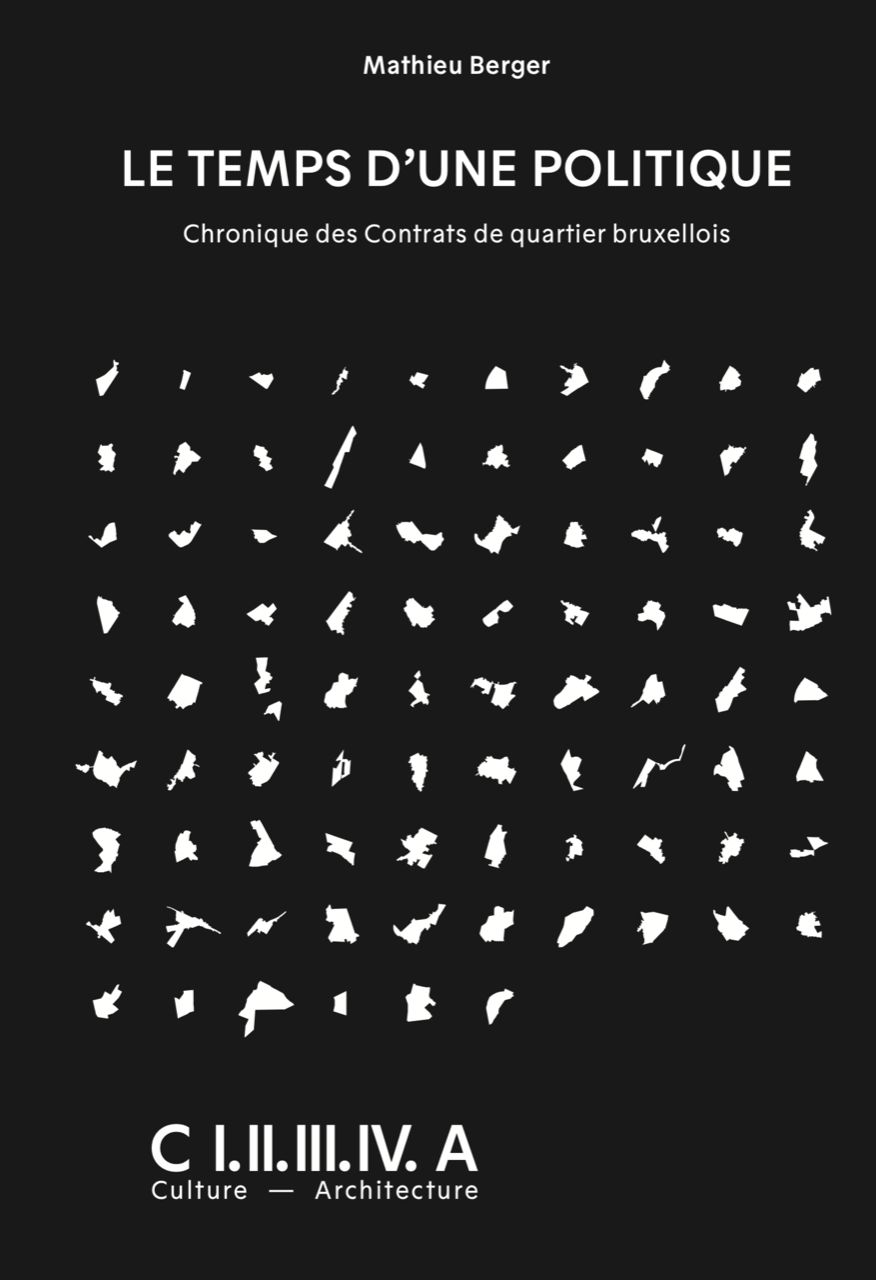 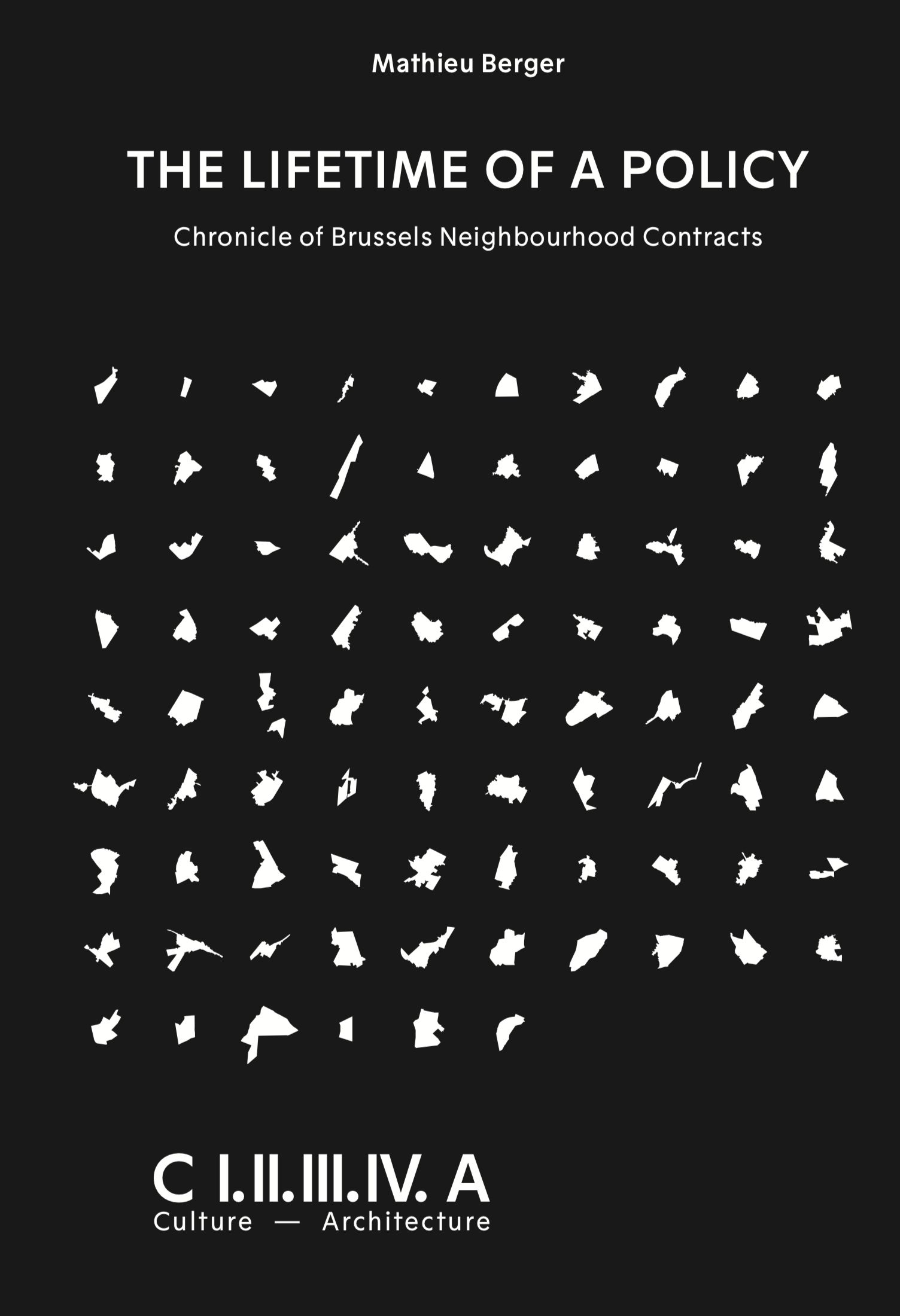 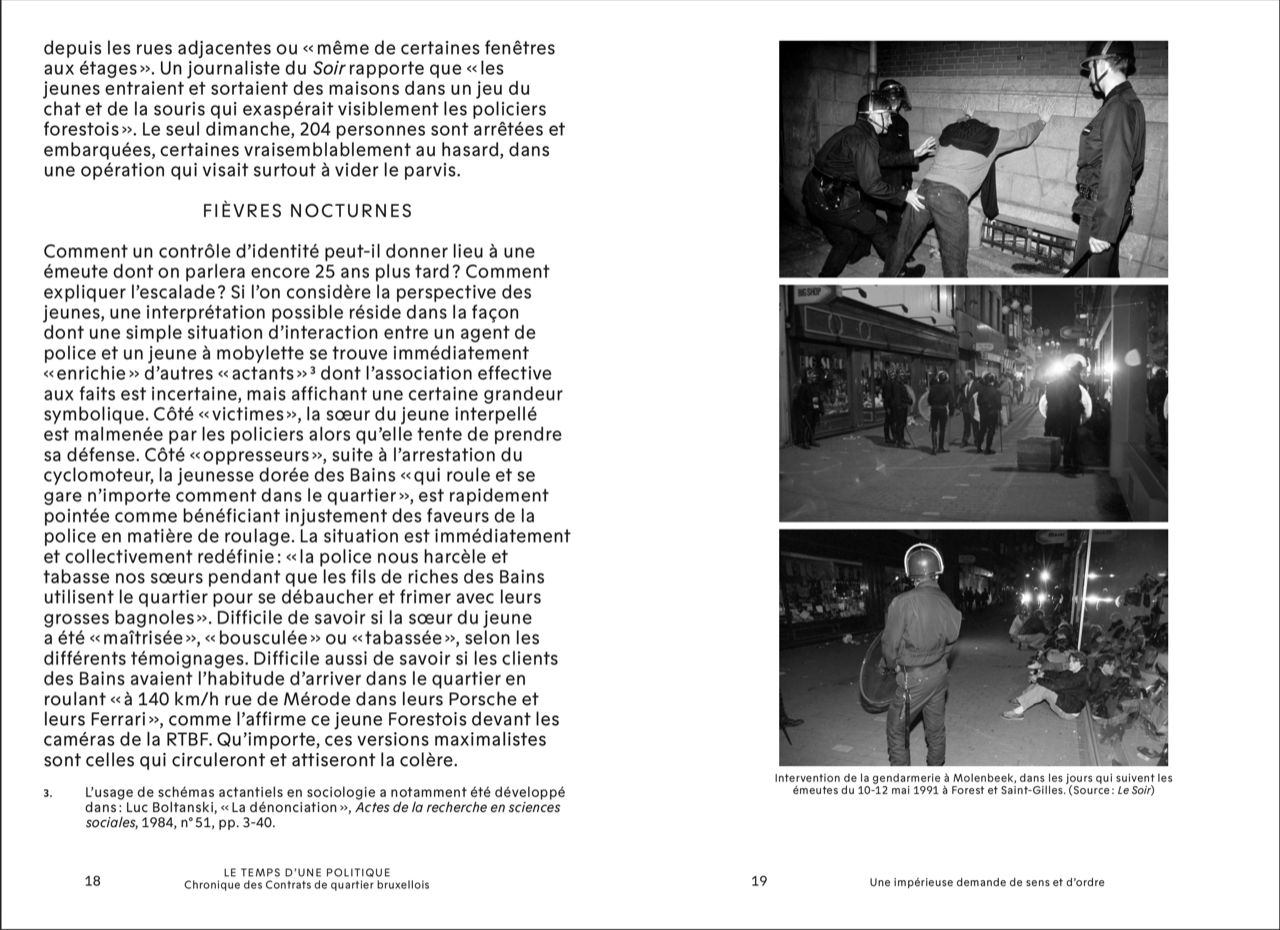 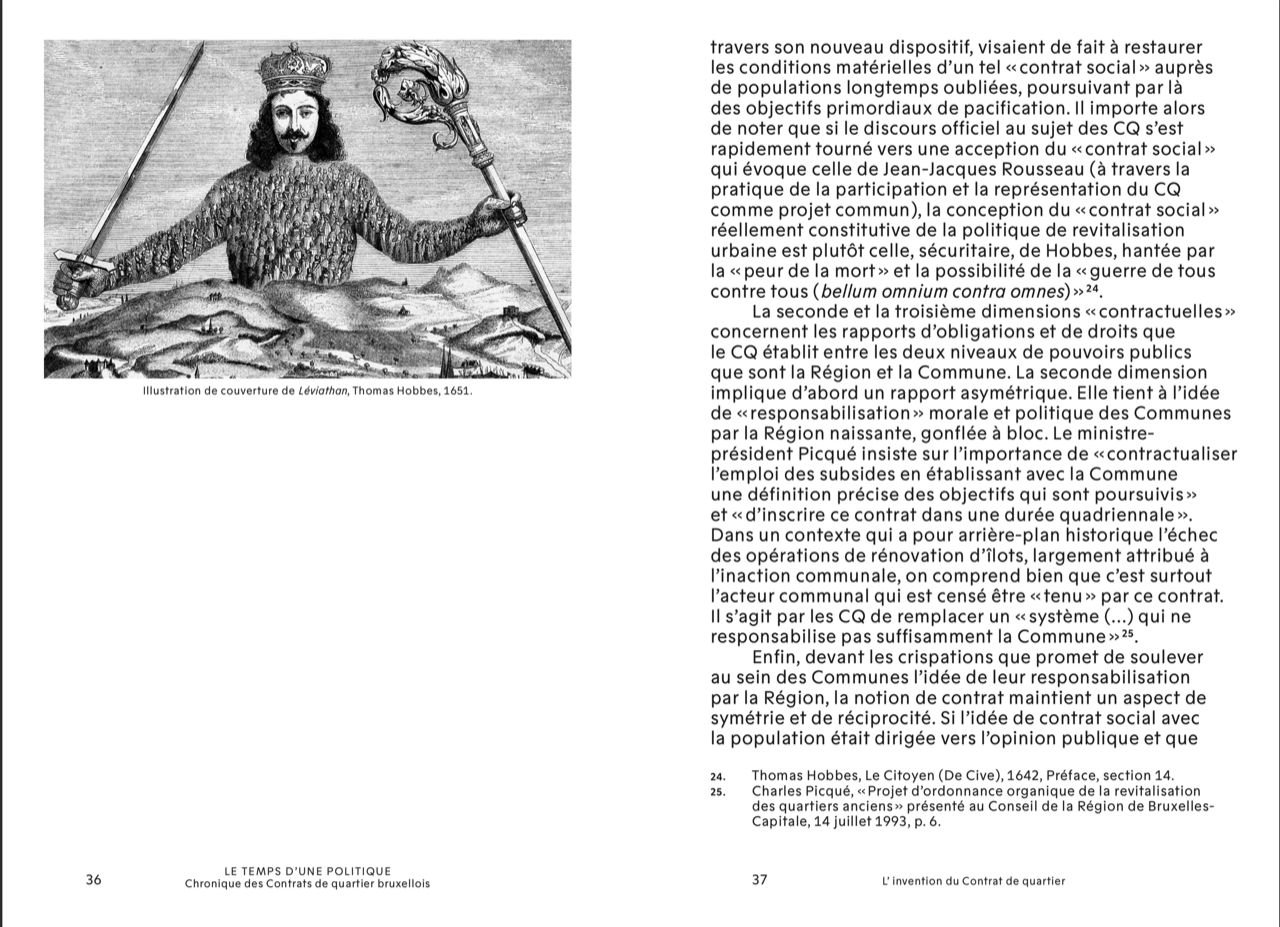 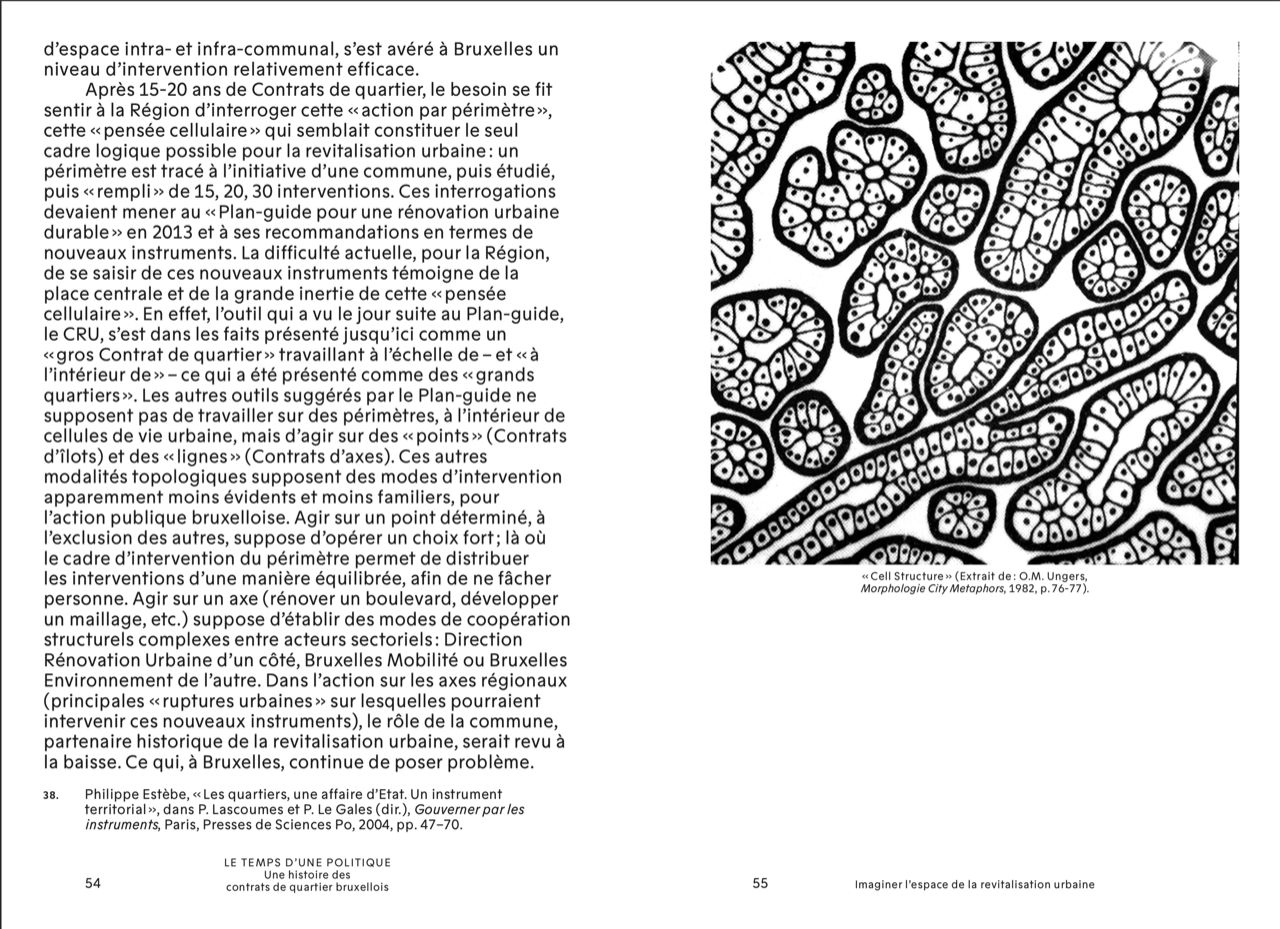 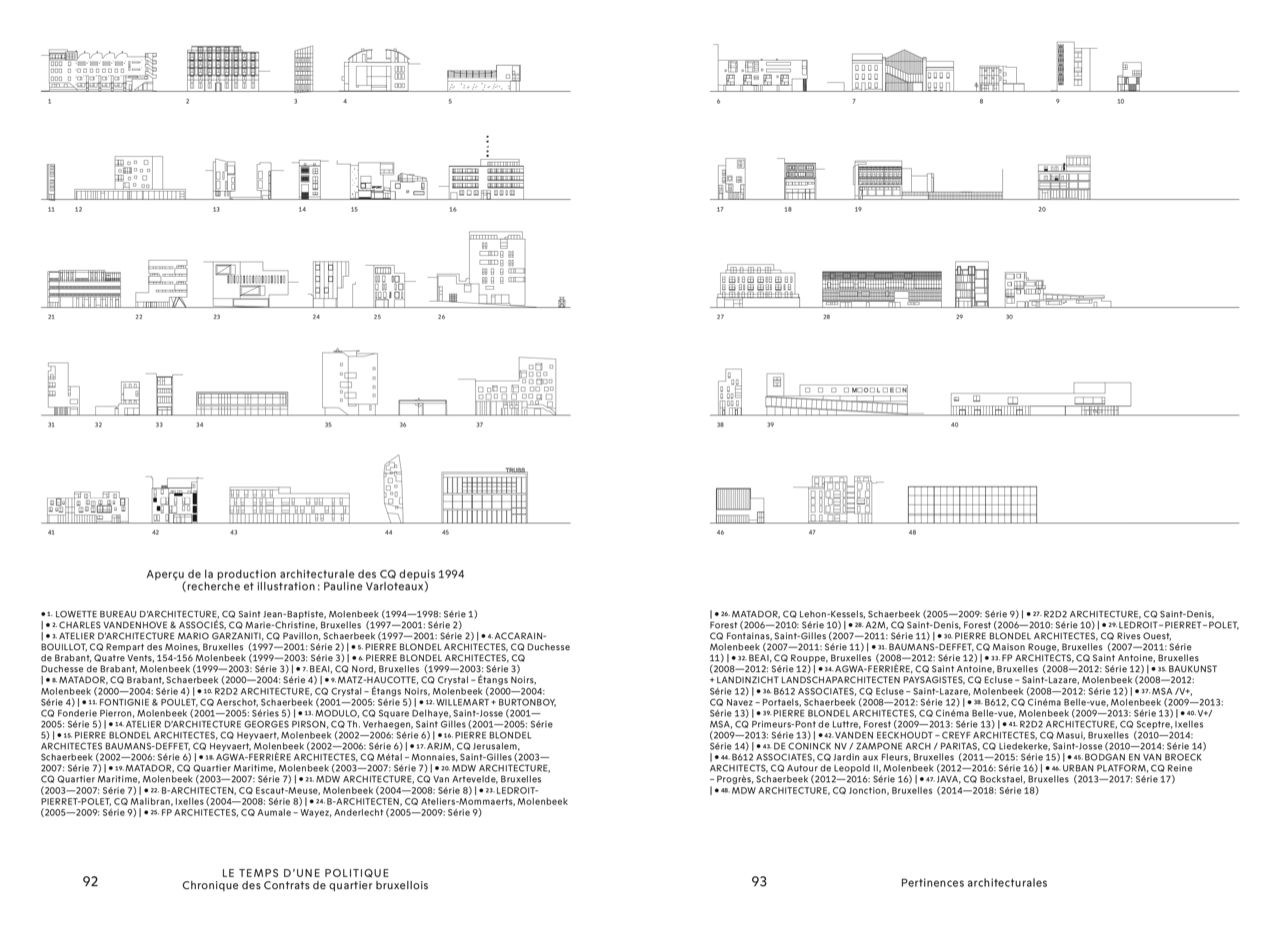 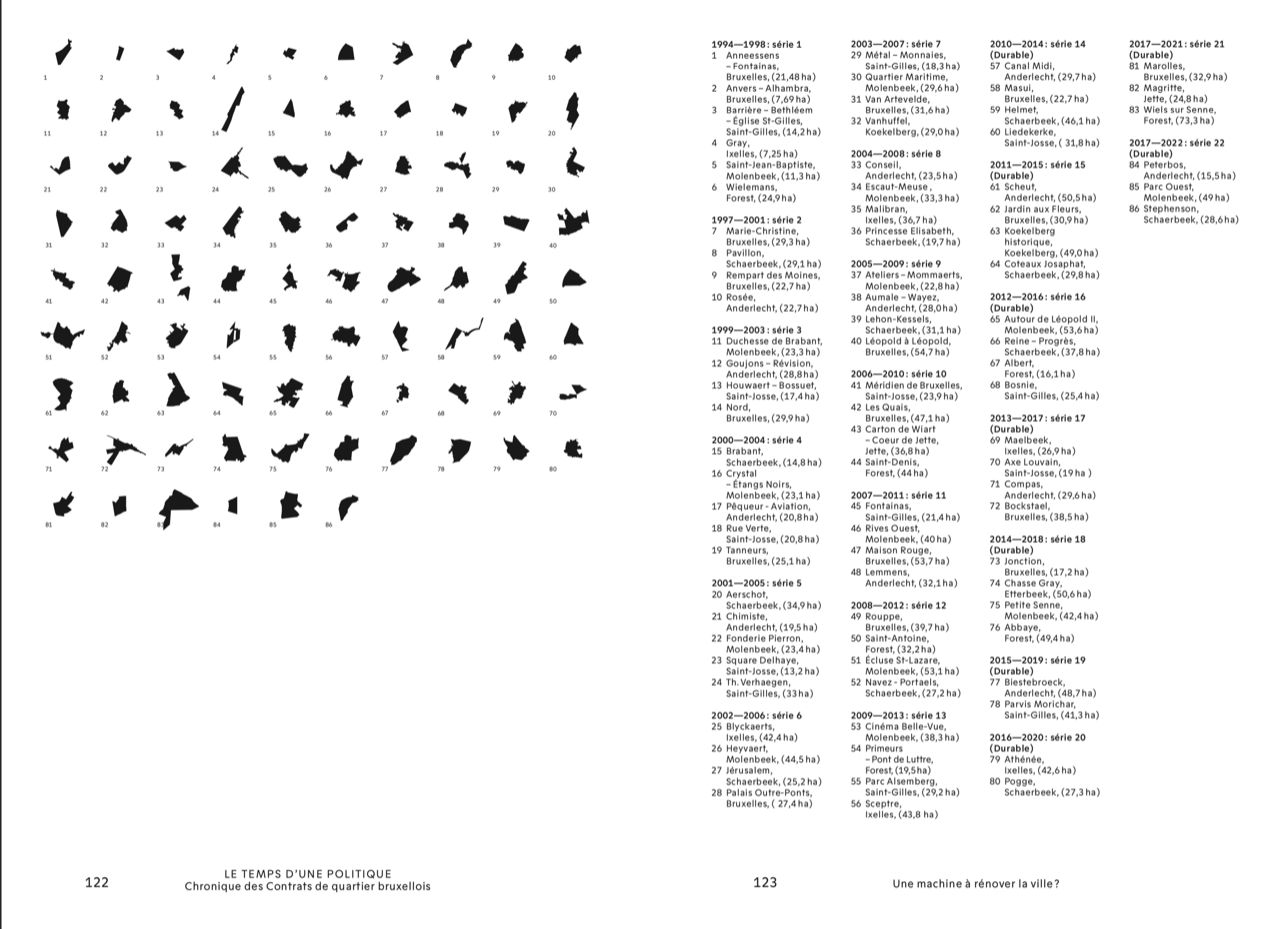 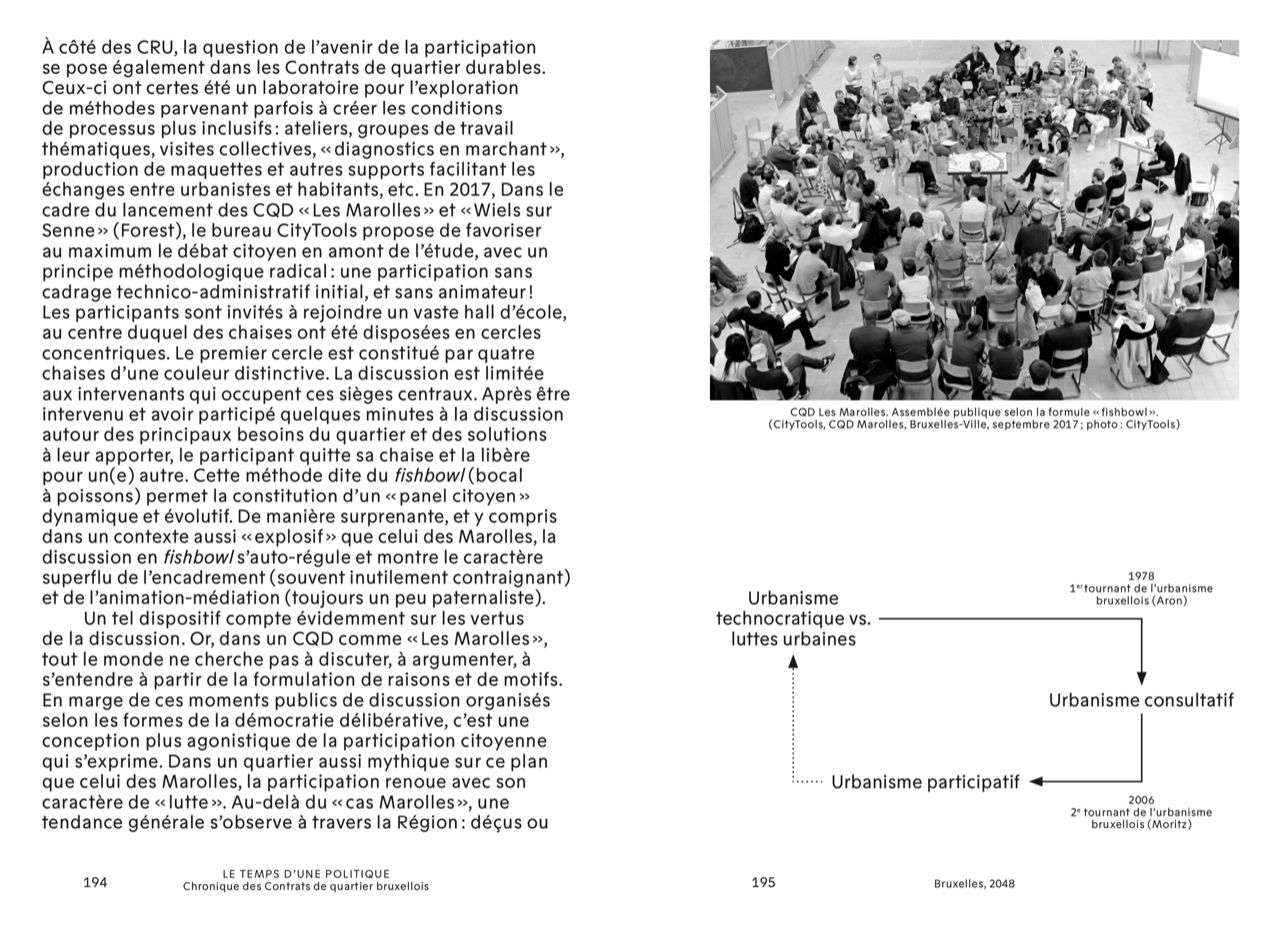 Following the Operational Aesthetics exhibition which took place at the International Centre for the City, Architecture and Landscape (CIVA Brussels) between February and April 2018, the CIVA and urban.brussels (the regional administration in charge of urban renewal policy) asked Mathieu Berger to resume writing the content of the exhibition in a publication. The book, published in April 2019, is titled "Le Temps d'une Politique. Chronique des Contrats de quartier bruxellois", and also published in Dutch (De Levensduur van een Beleid) and in English (The Lifetime of A Policy).

Over the past 25 years, the Brussels neighbourhoods confronted with the greatest difficulties have benefited from substantial public funds intended to renovate and revitalise them: 550 interventions on the built environment, 1730 housing units created, 130 elements of local infrastructure built, 850 socio-economic actions carried out and a large number of roadways and squares redesigned. Created in 1993, the “Neighbourhood Contract” rapidly became an emblematic tool of the Brussels public action and imposed itself as a structural and structuring policy.

Beyond the many projects and actions implemented, there is also an entire social world that took shape around this project and that is composed of political actors, administrative agents, experts, associations and citizens. This publication traces the deployment of the Neighbourhood Contracts in Brussels over the past 25 years by means of an immersion in the discourse, imagination, steering, execution and administration of a long-term public action, recorded at different moments in its lifetime.

The 14 situations that have been selected compose the sociological chronicle of an urban policy, from its birth to its current state of development, which today raises important questions. The text that concludes the work is the occasion for the author to question the “time perspectives” of the advocates and detractors of the Neighbourhood Contract, and to stir a public debate about the continuation or transformation of urban policymaking in Brussels.

A project supported by urban.brussels